Ono Himiko: Not forgotten by caring neighbors while absent 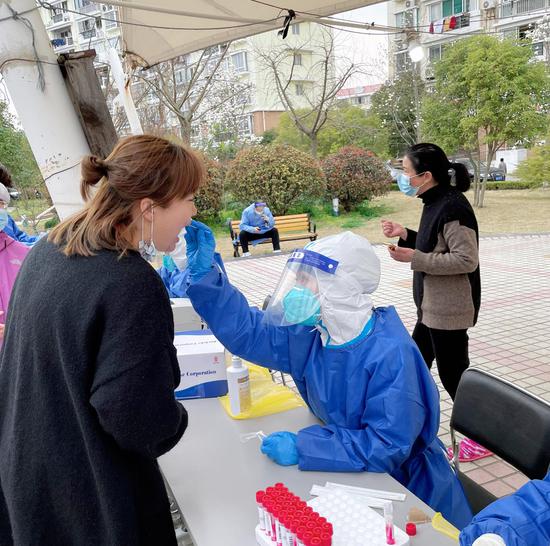 Ono Himiko (in a blue protective suit) takes a sample from a woman for nucleic acid test. (Photo provided by Ono Himiko)

Since the current outbreak of the Covid-19 pandemic in Shanghai, Ono Himiko, a Japanese doctor, has been living in Punan Hospital for a month and a half.

Ono Himiko came to China in 1999. After graduating from Shanghai University of Traditional Chinese Medicine, she has now been working in the international medical department of Punan Hospital in Shanghai’s Pudong New Area for 14 years.

As a general practitioner in the International Medical Department, Ono Himiko is not only responsible for diagnosing and treating diseases, and making rounds in the hospital. She also acts as a translator when foreign patients come to the hospital. She communicates with the relevant departments to ensure that foreign patients who do not understand Chinese receive the medical care they need.

Since the outbreak of the pandemic, Ono Himiko's responsibilities have expanded to include taking nucleic acid samples from people who need to leave the country and preparing appropriate test reports following the requirements of the various countries.

At this critical point in epidemic prevention and control in Shanghai, the medical staff is under great pressure and has a very tight schedule. To ensure that the hospital is available 24 hours a day, Ono Himiko and her colleagues work in shifts. Sometimes they also have to work as couriers to provide medication to patients who can not make it to the hospital.

Ono Himiko told our reporter in an exclusive interview that as a doctor she had to do her part to protect Shanghai during this difficult time. So when the hospital was looking for volunteers, she quickly volunteered. She was assigned to collect samples from residents in Puxing Street, Sanlin Street, Dongming Street, etc. At that moment, “ the doctor who never goes home” was born because to do her job, she had to live in the hospital.

Originally, Ono Himiko was under the impression that the average Shanghainese is very independent because, before the outbreak of the pandemic, neighbors usually greeted each other with a nod. But due to recent events, she found out that Shanghainese are really warm people and not as cold as they might seem. 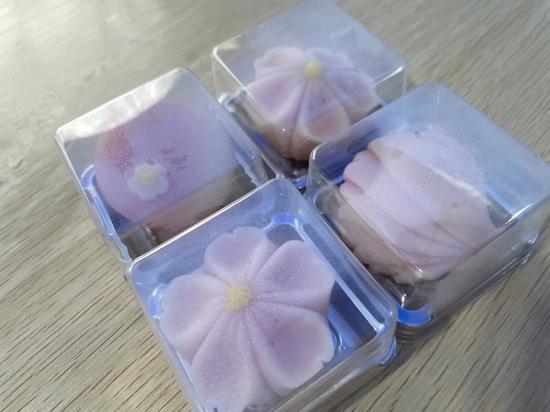 Snacks made by residents for volunteers. (Photo provided by Ono Himiko)

Messages like “Who is missing something and who needs help...” keep popping up in her neighborhood group chat. She sent a message to the group chat telling the volunteers in charge of supplies to give her share to someone who needs it since she can not come home now because of her work. But she received a reply that everyone is well taken care of, and her share of the relief goods kept for her until she returns. Her neighbors are always concerned about her and check up on her regularly.

During daily rounds of nucleic acid test sample collection, Ono Himiko often witnessed some scenarios that she described as heartwarming: young people showing elderly people how to use their phones, neighbors letting parents with young children take the test ahead of them, and volunteers being greeted with warm gratitude by residents.

Although Doctor Ono, has not been home for a while because of the pandemic, she feels close to her neighbors. And she wishes that this newfound relationship would become even closer when the pandemic is over. 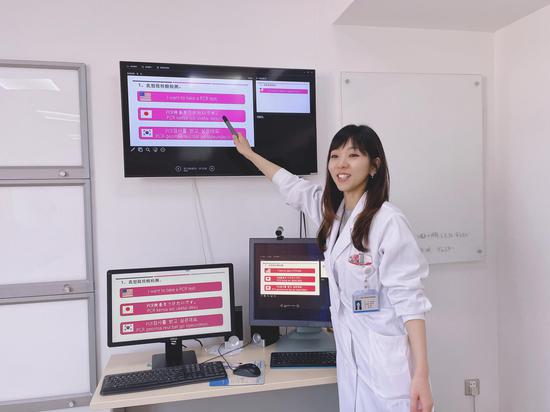 Ono Himiko in her element. (Photo provided by Ono Himiko)